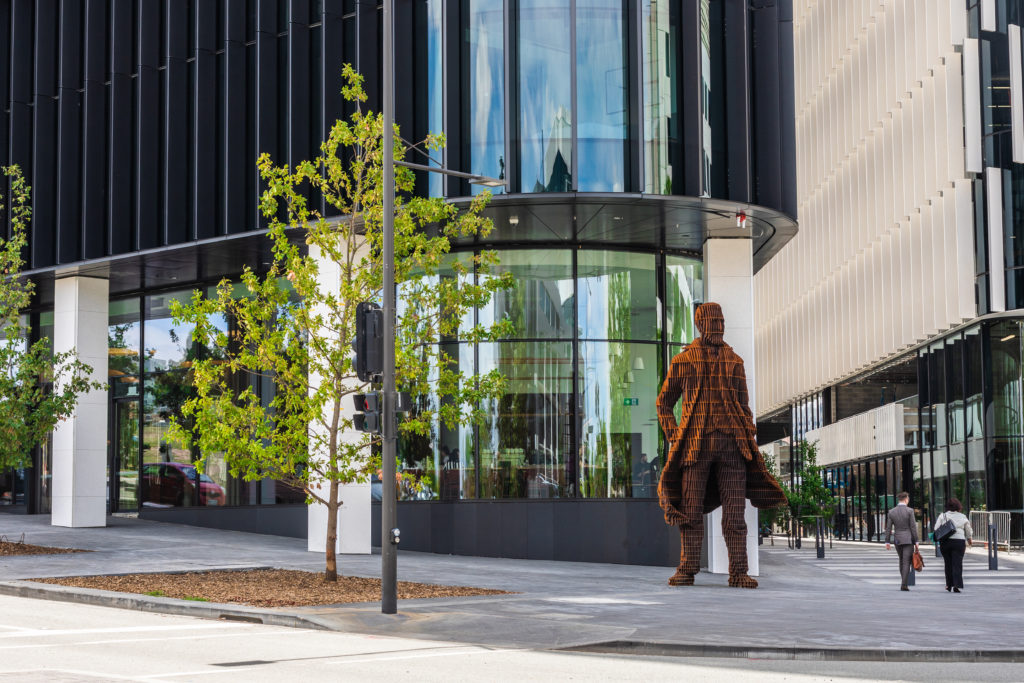 ‘Windswept’, a sculpture by April Pine depicts the architect of the Australian Constitution – Andrew Inglis Clark (1848 – 1907), who was a founding father and co-author of the Australian Constitution; he was also an engineer, barrister, politician and electoral reformer. Throughout his life, Clark was a progressive. He championed the rights of workers to organise through trades unions, universal suffrage (including women’s suffrage) and the rights to a fair trial – all issues which today we take for granted, but were so radical in the 1880s.

A quality that resonates with Andre Inglis Clark is his cross pollination between science, art and literature as a means of forging a new type of thinking. It is these qualities that this artwork mirrors. Taking traditional portraiture and materiality and re-framing it with new technology and computational methods. The sculpture is a cross pollination of knowledge across architecture, art and engineering to create a marriage between old and new.

The grided structure of the sculpture talks to the concept of ‘memory and framework’. Very present and solid from one perspective, but disappearing when in perfect elevation as though a memory. This methodology leaves no room for hidden tricks, errors or ways to conceal mistakes. There is a strong parallel between this and Andrew Inglis Clarks role in the Constitution that is likened to an ‘invisible framework’.

The materiality for the sculpture is Corten which is a natural dark-toned metal linking the building’s facade and the sculpture. The material has robust and high weathering properties and has been pre-rusted to minimise runoff and create an even finish after sandblasting. The overall intent is for a finish that is inherent all the way through for longevity, minimal maintenance, and an additional expression of purism.

The disappearing sculpture now stands on the corner of Constitution Avenue and London Circuit, at the entrance to Constitution Place. 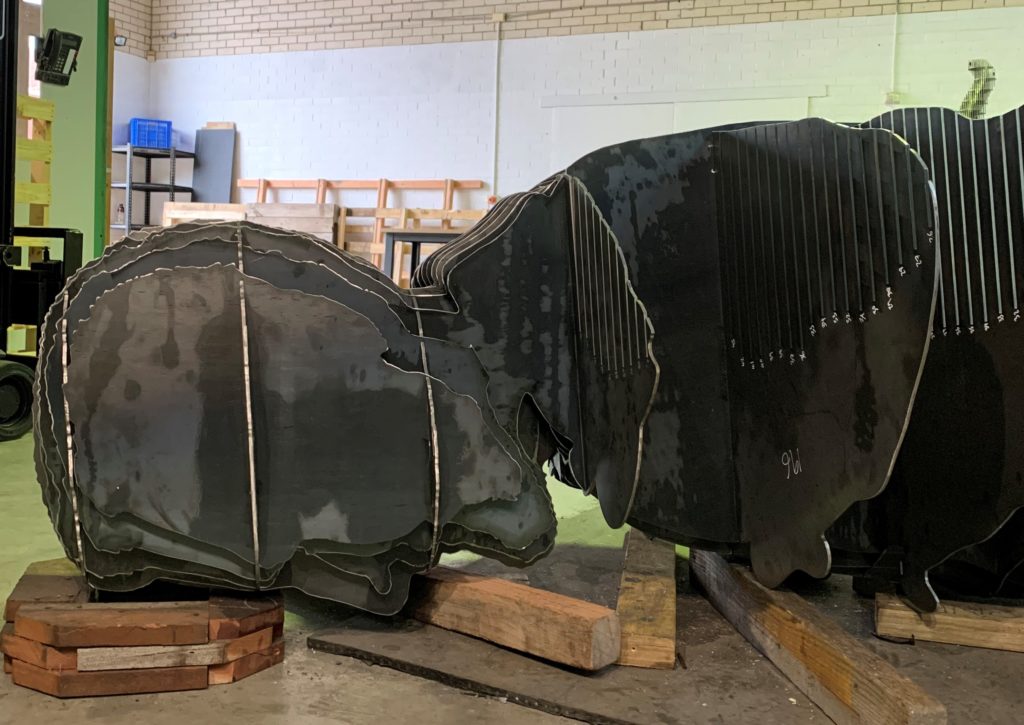 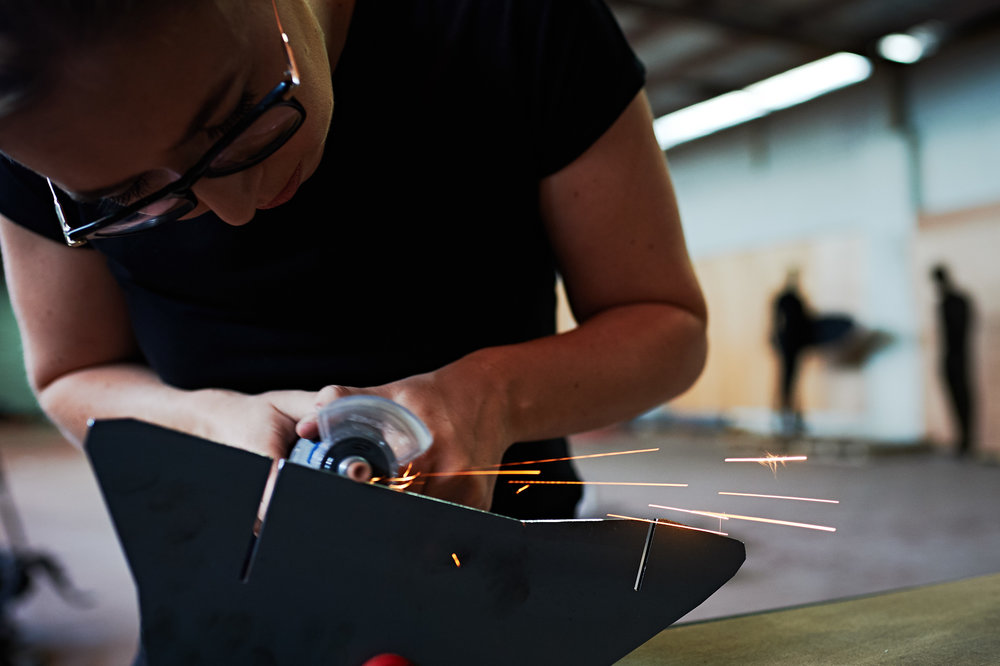 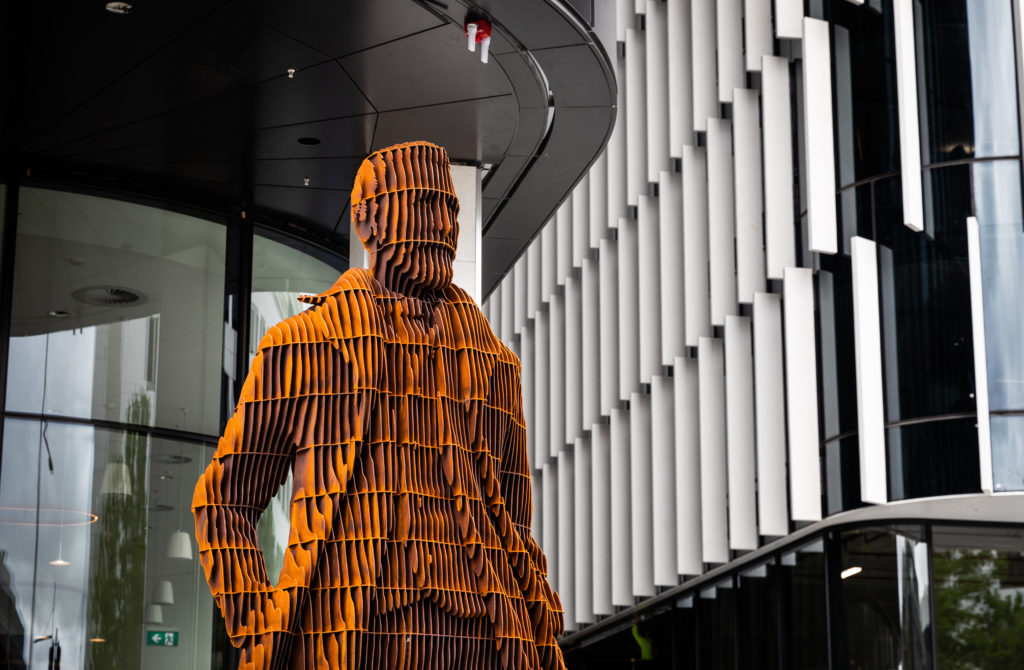